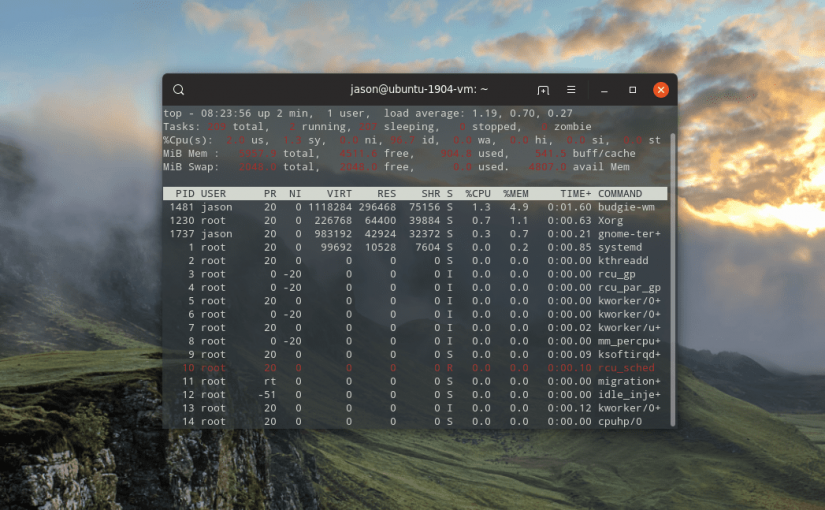 The Linux top command provides a terminal task manager which lists all of the running processes on the computer.

I use “Top” to kill a process within the top interface simply press k and enter the process id next to the application you wish to close. Top solicits a specific signal to send; in most cases, enter 15 (to request the process to gracefully terminate) or 9 (to immediately kill the process).

The first line offers some basic high-level info about the system:

The load average shows the system load time for the last 1, 5 and 15 minutes.

The second line summarizes the number of ongoing, concurrent tasks:

Key Switches For the ‘top’ Command

Although you invoke top just by typing the name in a shell session, a few switches modify the utility’s behavior: