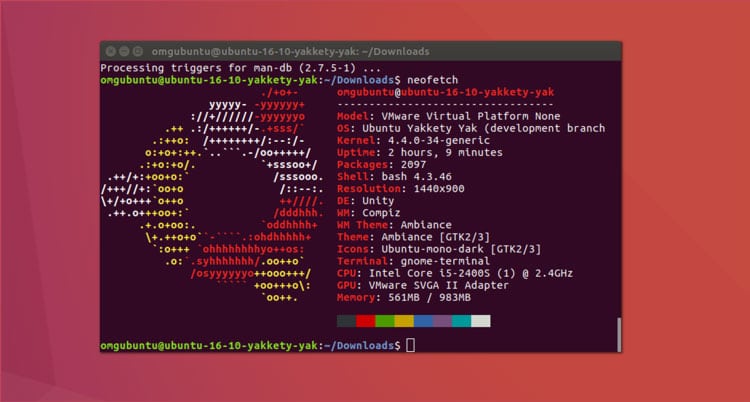 Written in Bash, Neofetch displays information about your system next to an ASCII operating system logo (or any picture you configure it to display).

Designed to handle show and tell, apps like neofetch are a mainstay of desktop screenshots. They can distill information about the operating system, kernel version, and desktop environment, but also what theme or icons are being used, which window manager, and even which version of Bash!

Basically, its the sort of tool made for Linux nerds like us!

One of Neaofetch’s “pluses” over similar CLI system info tools is the extent to which you can customise it. Neofetch is highly customizable through the use of command line flags or the user config file. There are over 50 config options to play around with.