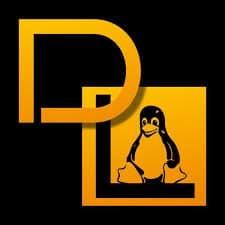 Rocco, Ryan, Zeb and Michael are the hosts of Destination Linux and deliver weekly episodes containing the latest Linux news along with One of a kind Interviews. Our passion is learning and exploring all the many facets of our favorite distributions, desktops, and software. In addition to the news coverage we all love to game on Linux as well and feature weekly gaming news and a featured game of the week.

Along with Destination Linux, You can find us on our respective Youtube channels, in the telegram group or maybe even in the DL Discord channel playing some Rocket League. Come join us and the incredible DL community as we take our journey through the awesome world of Linux.

Rocco has been loving Linux for over 15 years and is a proud member and founder of DHA (distro hoppers anonymous). He also hosts “BigDaddyLinuxLive” on Saturday nights on his YouTube channel called Big Daddy Linux where everyday users can have a voice in the Linux community. Find out more at BigDaddyLinux.com

Ryan is a newer member of the Linux community but his passion for Linux and his research determination has enabled him to grow in knowledge of Linux more than most. He has an incredible passion for pushing the capabilities of Linux on the latest hardware and loves to talk about gaming on Linux. He has a YouTube channel called Das Geek which contains lots of Linux content as well as other technology related things.

Zeb is known as ‘PZ’ Producer Zeb and after starting out with helping us coordinate all patrons for live recordings and doing a lot of behind the scenes work, it only made sense to have him as a co-host because he brings such a unique general user perspective to the show. Zeb also has a Youtube channel Zebedee Boss where you can find him driving like a maniac in Euro Truck Simulator.

Michael is a Writer, Podcaster, Marketer and Designer. He has been a Linux Enthusiast for almost 20 years and contributed to a wide variety of projects. Michael currently creates educational and informational content with TuxDigital.com and he also does a weekly Linux News podcast called “This Week In Linux”

Rob and Rocco started out by just discussing Linux and how much we loved exploring everything about it. After many talks and discussions about our favorite subject, we started recording those discussions and posting them on Youtube because the conversations were a lot of fun to have and most of all were down to earth and based on our real world experiences from two average everyday guys running Linux. We decided to create the Destination Linux podcast out of our love for Linux and because people enjoyed watching.

We all have times in our life where time is a valuable commodity and does not allow us to continue with our hobbies. Rob has since moved on because of being heavily involved with his personal business. It was a pleasure working with you Rob.

We made a search for another co-host for Destination Linux and Ryan stepped in with a highly focused viewpoint from the gaming aspect and a good vantage point from the new users in the community.

Along our journey of growing, we asked Zebedee Boss to help us out with the behind the scenes aspects of the podcast including being the liaison to the patrons. He did such an excellent job with it and showed a great amount of dedication that we asked him to join the podcast as a co-host. Around the same time, we also asked Michael Tunnell from tuxdigital.com to join as well because he adds so much to the podcast in knowledge of all things Linux.

Join us as we discover that “The journey itself, is just as important as the destination”